We propose a practical method for quality control of cameras using inexpensive tritium radioluminescent tubes (betalights). The mechanical design is easily reproducible and can be 3D-printed. Suitable for both EMCCD and sCMOS cameras, this method has the potential to be a useful tool in microscopy facilities and optical labs alike.

Cameras and other detectors may show signs of damage or ageing which can affect the quality and reproducibility of data. Despite this, many labs do not regularly perform quantitative quality control checks on their instruments.[1]

One explanation could be a relative lack of convenient and low-cost calibration sources. Measuring the gain and noise characteristics of a detector requires a stable light source. In order to measure the quantum efficiency, the light source must furthermore be calibrated to a radiometric standard. Alternatively, one could perform a control experiment using a calibrated detector, but this adds complexity to the procedure. While commercial solutions are available, they tend to be expensive, bulky and the calibration process itself can be laborious.

Gaseous Tritium Light Sources (GTLSs, or betalights), used in niche products such as high-end watches, gun sights or fishing tackle, are relatively inexpensive (approximate cost 10-20 EUR) and emit a stable and predictable light over long periods of time, ideally suited as a standard light source. The idea of using radioluminescent light sources as a low-light radiometric standard is not new [2,3]. But while GTLS-based sensor quality-control has been carried out by astronomical observatories [4], radioluminescence based calibration methods have not to our knowledge been widely adopted in microscopy facilities.

It is possible to characterize the radiant power of such a source using a common photodiode power meter. Combining this with the spectral power distribution measured using a spectrometer, we can calculate an expected photon flux.

We designed and 3D printed a mount for a small GTLS tube (Fig. 1). The apertures are specifically dimensioned such that the light beam under-fills the detector. There are no optical elements between the source and the camera.

The mounted source is screwed onto the camera lens mount, and a stack of images at constant exposure is acquired (Fig. 2). Afterwards, the source is replaced with a camera body cap and we acquire a stack of dark background images. 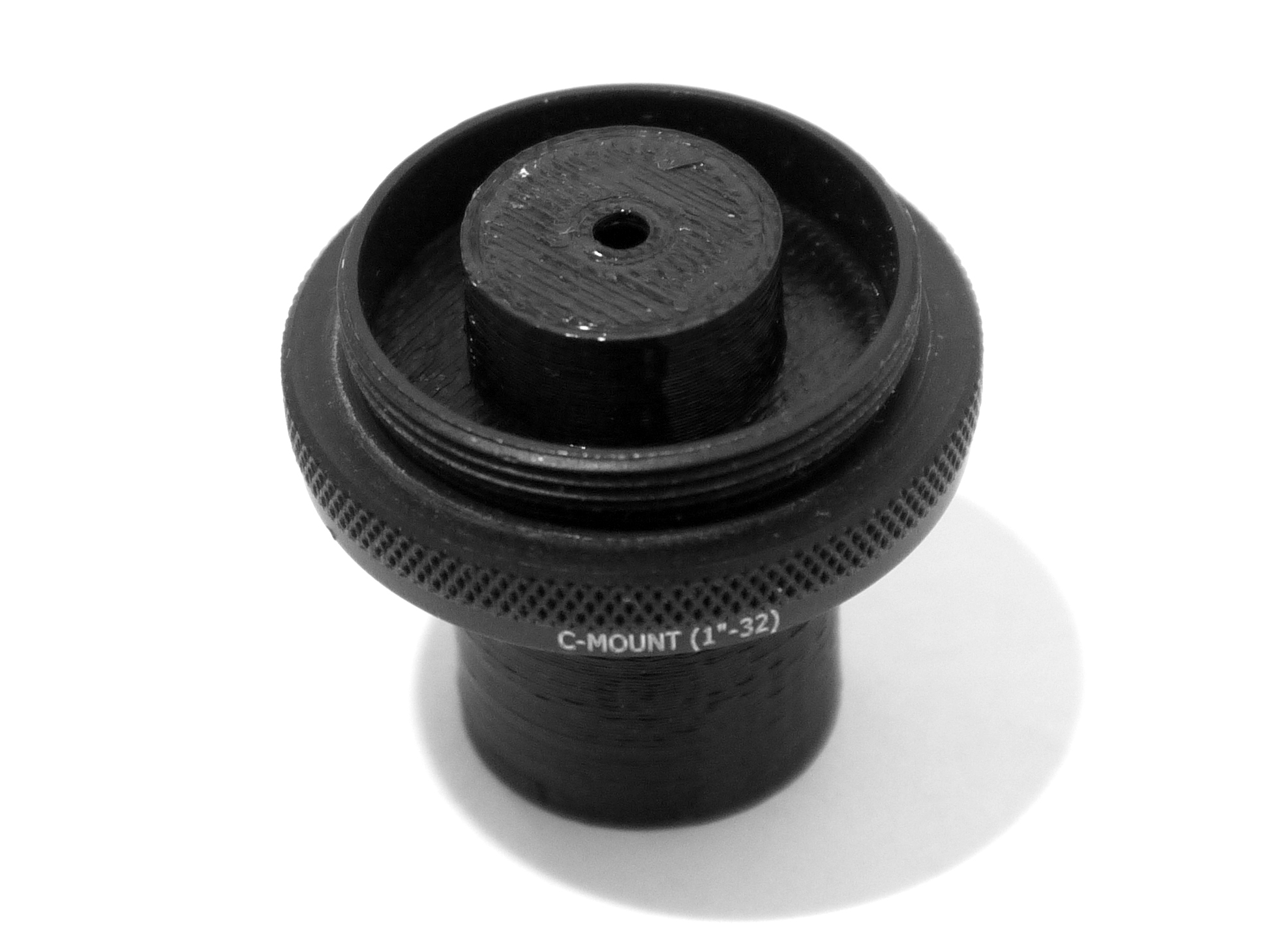 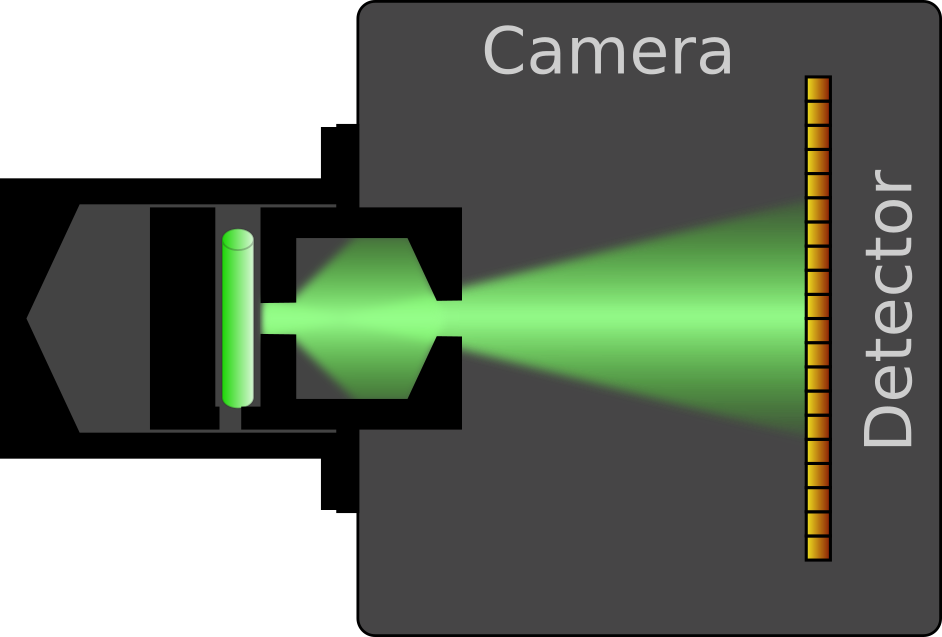 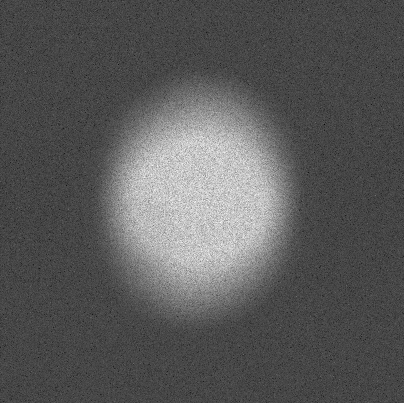 Figure 2: An acquired image frame. The beam under-fills the image sensor. As this is also true when it is used with the calibrated photodiode, the total photon fluxes are equivalent. The feathered edges of the beam spot provide a broad range of intensities, which is useful for generating photon transfer curves in the analysis step. 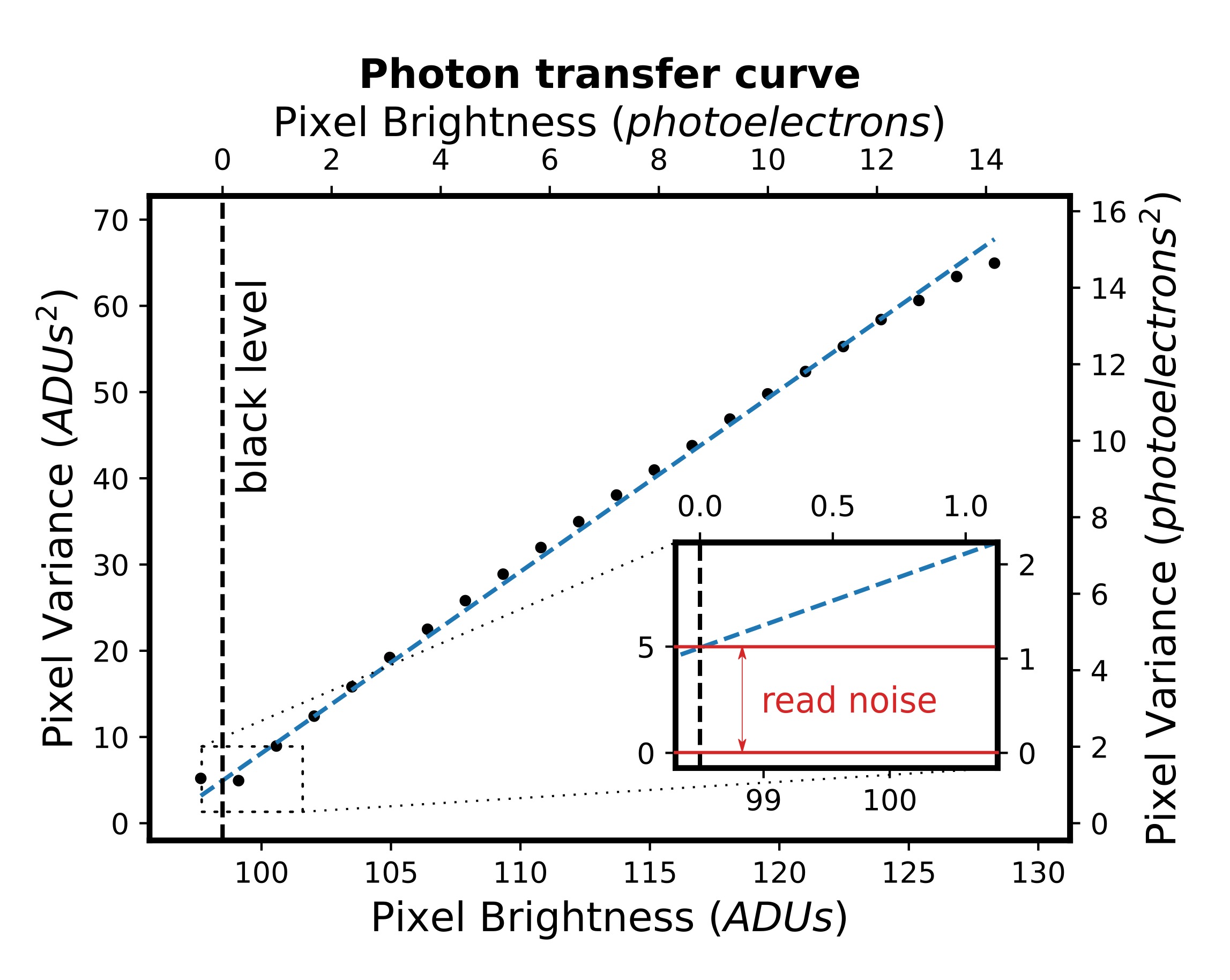 Figure 3: A photon transfer curve obtained from a stack of images acquired by an sCMOS camera. The dots represent bins of pixels with similar brightness. The gain is estimated via the slope of a linear fit (dashed line) and this, in turn, allows us to express the signal in units of physical photoelectrons (top and right secondary axes).

We demonstrated a reproducible tool and method for gauging the performance characteristics of cameras. The intensity is suitable for calibrating detectors at very low light levels, characteristic especially of single-molecule-localisation microscopy.

The source is compact, can be attached in situ, and does not require an external power supply or any additional instrumentation. Another major advantage of the design is that the calibration allows for a plug and play approach with automatic image analysis.

Additionally, it is extremely low-cost and the mechanical parts can easily be manufactured using a 3D printer. We believe that it could therefore be a useful tool in microscopy facilities and optical labs.